By Soils for LifeNo Comments

Guided by the principle, ‘You can’t manage what you don’t measure’, Rob Hetherington took his first soil sample in the 1980s. This was when he began managing the family farm, in the Lakes district of the south-eastern wheatbelt, Western Australia. Since then, he has collected hundreds of samples, which help him achieve his goal of farming “deeper” to improve the health of the soil and plants, rather than expanding.

Rob’s father, Wally, purchased the “home” property in the late 1940s and a nearby property in the 1960s. By then Wally had married Mary, and had a growing family. In those days it was all mechanical farming and Rob and his brother helped his father clear the new land to grow cereals and graze sheep. After marrying, Rob and Judi took over the management.

Surrounded by salt lakes, the area is high in sodium and low in rainfall. In fact, some of the land was typically known as “Sunday Country” to describe the accelerated drying effect of the salty soils – ‘Saturday it’s too wet, Sunday it’s just right, and Monday it’s too hard’. By the 1980s dust storms, sodium levels, bare areas where plants didn’t grow, and rain run-off were all on the rise.

Since then Rob has been tweaking practices on the farm. He says, observing that the farm system could be doing better is, ‘probably what’s driven me more to keep looking and seeking and asking’. But, it was also the health of Judi and their children that was a real trigger for Rob to begin his life-long interest in soil health and its relationship to plant nutrition and human health.

After learning from leading thinkers such as Dr Arden Anderson and Neal Kinsey, and visiting an Amish farm in America, Rob began work to improve the soil. His learning also led him to understand calcium as a pivotal element for his soils. His approach was to change the chemistry first and build the biology.

He began experimenting with lime applications and ploughing in green manures, as well as foliars to feed the biology and the plant. After getting rid of the sheep in early 2000, the Hetheringtons have diversified their crops and increasingly trialled different companion crops, and more recently multispecies crops.

The Hetheringtons’ primary focus remains on building the health of the soil and their underground “livestock” – the biology, microbes, organisms. They avoid fungicides and insecticides, and use herbicides carefully.  ‘When you go out into the paddock and you do something, you’ve got to think “am I harming that livestock or am I putting something on to benefit them, so they can help me?” Rob sees his below ground livestock as a ‘work force that’s working for you all the time in the soil.’

Now farming with their eldest son Daniel, the land is no longer Sunday Country. Rob is pleased with the evenness of the crop and the softness, colour and even smell of the soil. He sees signs of a more resilient landscape, with improved aeration, root growth, earthworm density, soil depth, and water infiltration. In some areas, organic matter has doubled.

Some walked off the land, but Rob’s father stayed on. The Hetheringtons have faced the decision about whether to stay or leave several more times over their 40 plus years on the farm, but they have persisted. ‘It’s in Rob’s DNA’, says Judi. And Rob has a mission to improve the health of the soil and nutrition of the crops, a mission which has recently seen him named 2022 Wheatbelt NRM Soil Health Champion.

We’ll soon release the full case study which will include practice changes, soil health and building outcomes. Follow us on social media or subscribe to our newsletter to hear the latest. Rob, Judi and son Daniel outside their home. 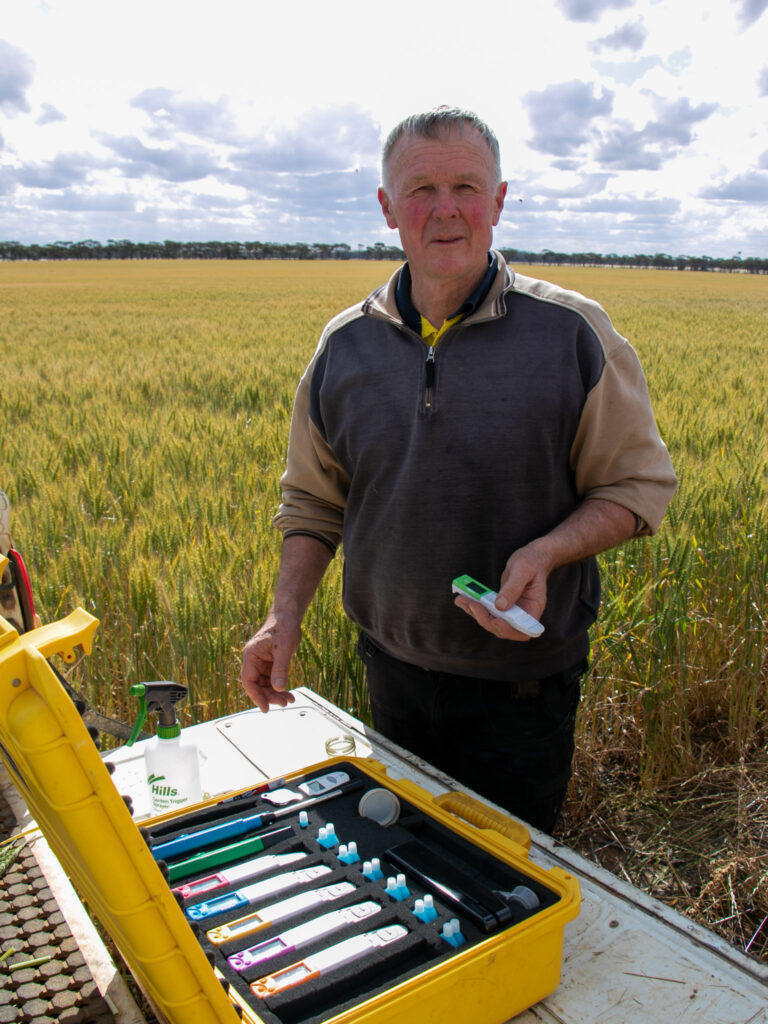 Rob and Judi Hetherington at Walma. Salt lake near the Hetheringtons' property. Observing the improving aggregation of the soil in multispecies paddock Canola in paddock planted with canola and lupin. Wheatfield on property near salt lakes. Head of wheat at Walma.

Rob and Judi Hetherington at Walma. An Australian cropping case study by Soils for Life Do you have any questions or feedback? We’d love to know more about you and your needs around our case study reports. Get in touch, we’re happy to help.

This project is supported by the Australian Government’s Smart Farms Program.